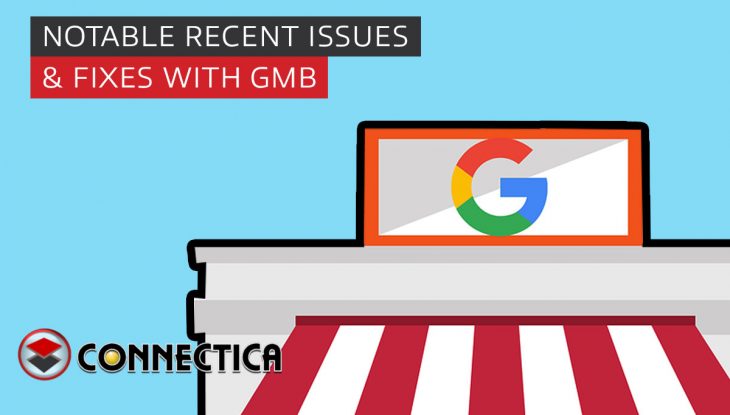 When it comes to digital marketing, Google My Business (GMB) is a critical tool for any business that wants to compete in the online space. We’ve covered this topic before, which you can read about here. Things are not as they were though!

While change is something we have become accustomed to over the past two years, Google My Business decided to follow this same trend and rename itself Google Business Profile (GBP).

Not to be confused with the Great British Pound (£!), the reason Google decided to change its name was apparently to ‘keep things simple’. It’s not the first time that Google has mixed things up. Before GMB, it was named Google Places. Before that, Google+ Local.

While many may be screaming ‘Stop the madness!’, Google believes the change is in the best interests of both businesses and consumers. It hasn’t gone as smoothly as Google would have hoped though. In this blog, we share a few of the recent issues and the Google My Business fixes.

For the sake of avoiding confusion for those still grappling with the name change, we’ll refer to it as Google My Business in this blog, or GMB (but we suggest you get used to the new name!).

While it has been quite a few months since GMB rebranded to GBP, there are still a number of issues that are frustrating both businesses and consumers. Here are a few of them.

The term ‘reinstatement loop’ is what happens when a minority number of profiles are suspended after a reinstatement and are unable to have their profiles reinstated. The most common reason for this is that the businesses have listed their address as a FedEx or UPS drop-off point. Other reasons include competitors reporting a profile, unknowingly or knowingly violating guidelines, and keyword stuffing, amongst others.

The best way to resolve this issue is to contact GMB support to work out what the exact issue is so that you can rectify it. You may have to be quite persistent here.

Users in India have reportedly been unable to edit the phone number of their GMB listing for months. At first, this was believed to be a bug. This wasn’t the case at all though. According to Google, this was a deliberate change to India and other regions to make sure that users’ numbers were correct.

To get around this issue, Google updated the workflow for users in India, which prompts them to upload additional information to verify the edits.

Companies or individuals that are service area businesses (SABs) are showing up as ‘Service establishments’ on Google Maps. What’s interesting here is that this category, that of service establishments, is not listed as an option when selecting categories for your business.

The issue with this is that some users are reporting a decline in the visibility of their SABs. This is reportedly due to the fact that their business is being listed in another nearby city, instead of being ranking around the address where the listing is.

When it comes to the GMB fix here, there is not much you can do here. Google has communicated that they are working on it, so unfortunately, you’ll need to wait this one out until they have resolved the issue.

The impacts of COVID-19

It appears that no one, not even Google, can avoid the impacts of the pandemic. With limited support teams available due to COVID-19, communicating to Google and receiving communication from them has become limited.

The company has been fairly transparent in this, stating, “Currently, we are working with limited support teams.” They also commented, “It may take longer than usual to connect with us.”

When it comes to dealing with this, there is very little that can be done besides having a bit of patience.

Reviews that are valid are not appearing

Google reviews are critical to almost all businesses with a Google My Business profile. It’s the new ‘word of mouth’ that is so important when it comes to marketing a brand or service. This one is all about trust.

The problem at the moment is that in some cases valid reviews are not being shown on the profile, even though the reviewer can see it. While Google does have frameworks in place to reject a review that violates a guideline, there are no violations with such reviews.

This is a tricky one to remedy with Google. It’s best that, if possible, you request a screenshot from the person who reviewed your business and report it on the community forum.

These are just some of the reported GMB issues that have cropped up lately. Google has commented that they are working on them, so while there are some remedies as we mention above, we are at the mercy of Google for the rest.

If you are a business impacted by any of the above issues, have you considered other digital marketing strategies to promote your business in the online space? Google is only one platform to explore.

Our team of digital marketing experts can present a variety of options to catapult your brand and get in front of your target audiences. Give us a call on 877-816-2259 and chat with a friendly member of the team.

Get Help With Your GMB Management
What's New With GMB in 2022?
PREV 4 Steps To Create A Digital Marketing Strategy
An ADA Compliance Check List NEXT